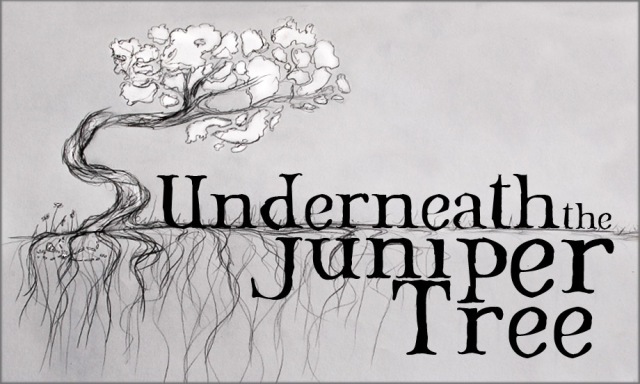 Over at Underneath The Juniper Tree, they are hosting a new weekly challenge. The What Do You Have in You Pocketses Challenge? I thought since I am always encouraging you all to take part in these challenges, I would give it a go. Make sure you challenge yourself with this one. It is such an entertaining writing exercise.

The ridicule was expected.

I can handle this. Just let me out!

When you talk to the slight opening in your blouse pocket. The ridicule is expected. Expected, yes.

The little voice continues to berate and it’s almost as unbearable as the mockery coming from those around me.

“Sissy Loy has not a friend.

So Sissy Loy talks to her blouse.

So Sissy Loy isn’t even welcome in her own house!

Sissy Loy has not a friend.

And Sissy Loy won’t even pretend.”

The children chant as they follow me, Sissy Loy, around the playground.

I feverishly try to ignore the voice coming from my blouse pocket.

I’ll slither so fast no one will see me. I’ll slice the cords that utter such vile words.

The thought of such an act sent me into a tizzy.

Panicked, I slapped my hand over my blouse pocket with such vehemence that it attracted the scornful looks of those around me who had not yet joined in on the chant.

And it started again.

“Sissy Loy has not a friend.

So Sissy Loy talks to her blouse.

So Sissy Loy isn’t even welcome in her own house!

Sissy Loy has not a friend.

And Sissy Loy won’t even pretend.”

I’ll gladly slip inside their skin and create slits that will make them think twice about whom they scorn.

Lost in the grotesque thought of my schoolmates bleeding from the inside out, choking on their own words, I failed to notice that the contents of my pocket had sneakily disappeared.

So small. There was no way to find him. I could only track him by his damage.

The blood he left in his wake.

Amelia started to choke as she began the familiar hurtful chant for the third time.

Blood began to slowly ooze out of her mouth and as the dark red liquid reached the tip of her chin, her nose became a peculiar sight.

Under the skin on the bridge of her nose—if one knew what one was looking for—slithered a long, skinny shape, making her nose look like a miniature version of a bed sheet with a snake underneath.

Before I could even check my pocket, Amelia started to bleed from her eye sockets. Her friends cowered in the corner of the playground by a cluster of trees; watching their ringleader come undone.

Amelia tried to scream but with each mouth movement, more blood spurted from her mouth. Showers of blood hit the ground and mixed with the dirty playground floor.

She looked at me in terror. I snapped my fingers and within moments my blouse pocket was again occupied and Amelia was curled up on the bloody, dusty ground with lunch aides running to her assistance.

I quickly spun around, for my blouse pocket was beginning to turn dark red from Amelia’s blood.

I leaned down to whisper into my pocket.

“A bit overboard with the eyes, don’t you think?”

He snuggled into a ball and whispered quietly.

Amelia had no heart with which to pump the blood, I truly did not think the damage would be so dramatic.

And he fell asleep with a smirk on his tiny little face and a snigger escaping out of his dreadful little mouth.

My life in INSTA pictures!